In Ventimiglia, life for those hoping to move to France has become increasingly difficult.

Source: The Guardian, Angela Giuffrida
Translated by the readers of the Les-Crises site

For the exhausted Kurdish family and young people from Eritrea, Mali and the Ivory Coast outside the Ventimiglia train station, life seems like an endless day, a routine made up of repeated attempts to cross the French border, battles for the food and a place to sleep.

The coastal city in northern Italy, popular with tourists for its Friday market, has been a permanent waiting room for migrants for more than a decade, most of whom have made the perilous boat journey to Europe, disembarking in southern Italy before heading north.

They both slept in cardboard boxes in front of the station. Others lie down for the night among the heaps of garbage under a bridge near the Roia River, in the park or on the beach.

Migrants arriving in Ventimiglia – about 100 a day, according to charities – were left homeless by a council formed by the coalition of two far-right parties, Fratelli d’Italia and Lega, and Silvio Berlusconi’s Forza Italia, elected in 2019 and aiming for national power, he kept his promise to close the only refuge in the city, called Roia.

That advice, however, was not made to last, Ventimiglia has been helpless since June after the mayor Gaetano Scullino, independent supported by the three parties, was forced to resign after losing a vote of confidence.

Meanwhile, the damage had been quite severe, with Scullino having also shut down a fountain used by immigrants and the homeless for washing dishes.

The only source of food and health care comes from charities, including church-run Caritas. 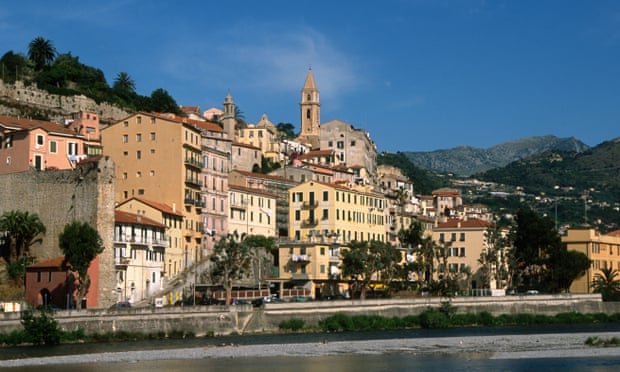 The coastal city in northern Italy, popular with tourists for its Friday market, has been a permanent waiting room for migrants for more than a decade, most of whom have made the perilous journey to Europe in ship, disembarking in southern Italy before heading north. (Photo: Tibor Bognar / Alamy

“Here the situation has got much worse,” said Christian Papini, who runs the Caritas center near the Ventimiglia train station. “People have been left on the street, there is nothing here that we can call hospitality”.

It is estimated that since 2017 twenty-seven people have died trying to enter France, or by drowning, from being hit by a car, or following the “passage of death”, a mountain path traveled by Italian Jews fleeing the regime. fascist of Benito Mussolini during the Second World War.

Since the French authorities tightened border controls in 2015, the French police have been accused of using aggressive tactics to push back people trying to cross the border. In June, an Egyptian died after being shot in the head by a French officer. According to the police report, the man was traveling in a van that allegedly passed an immigration checkpoint in a French border town.

“There are also people who beat immigrants or steal their money, pretending to take them to France and then leave them stranded at the border or elsewhere,” Papini said.

The situation was not much better when Ventimiglia was in the hands of the left-wing mayor, Enrico Ioculano, who prohibited residents from providing food to migrants.

“He instituted this decree of ‘decency’ going against what had been in place for several years, under the pretext that some citizens might try to poison food,” said Delia Bonuomo, who ran the Hobbit Bar. , a bar that was a solidarity center for immigrants until it closed in December last year. “The truth is that she didn’t want the issue of migrants in the city. Some of us continued to feed them, risking being fined ”.

Bonuomo, nicknamed “Mamma Africa”, opened her bar to migrants in the midst of the refugee crisis in Europe in 2015, providing them with food, clothes and a place to wash. But as an increasing number of people lined up outside, the move didn’t satisfy nearby businesses or its Italian customers, who stopped frequenting the bar, leading to its closure. Mrs Bonuomo was also spat on the street by people who accused her of the crisis.

Father Rito Alvarez is another victim of his sense of humanity, as a priest he helped hundreds of people by passing through a shelter set up in the Church of Sant’Antonio until the authorities of Ventimiglia closed in 2017. Alvarez was then transferred to a parish in the mountains, where he will not have the opportunity to help migrants.

“We have helped a lot of vulnerable people, but because of the politicians we have been forced to close,” Rito said. The problem is that there was no alternative, apart from the Roia refuge, but too closed, leaving people alone “.

Rito said he was concerned about the elections, recalling the harsh measures introduced by the Northern League leader Matteo Salvini when he was Interior Minister in 2018-19. These measures included blocking migrant rescue boats, closing shelters and removing biennial permits that allowed people to work.

Meanwhile Giorgia Meloni, leader of the Brotherhood of Italy that could become prime minister, has asked the navy to send people back to Africa.

“These are all worrying policies, but we have always said that the immigration crisis is not only national, it is very European,” added Rito.

Several protests took place in Ventimiglia to ask France to open its border, while charities have long called for the abolition of the Dublin Agreement, a controversial EU measure according to which asylum seekers must do so in their first country of arrival.

“The right says it will close the ports, while it is the left that has made an inhumane pact with Libya to keep migrants there,” Papini said. Neither party has the political will to resolve the issue, so the only way to do this would be to get rid of the Dublin Agreement and force France to open the border. “

From Italy to Sweden, from Hungary to France, the far right is once again a force to be reckoned with. His hostility towards immigrants encourages xenophobes everywhere, including in France. Its social conservatism threatens hard-won LGBTQ rights. Its Euroscepticism has already disrupted the dynamics of the EU.

The normalization of far-right rhetoric has gone quite far. For decades, Guardian reporters have faced such populists and the divisions they sow. Fiercely independent, we are fully capable of opposing without being held back by the interests of shareholders or a billionaire owner. Our work is free from commercial or political influences. This type of reporting is vital for democracy, for fairness and for demanding more from the powerful.

Translated by the readers of the Les-Crises site

We offer you this article to broaden your field of reflection. This does not necessarily mean that we endorse the vision developed here. In any case, our responsibility stops with the comments we report here. [Lire plus]We are in no way bound by any comments the author might have made elsewhere – much less any comments he might have made in the future. However, thank you for informing us via the contact form of any information concerning the author that could harm his reputation.