Posts on Facebook and Twitter claim that the new coronavirus Covid-19 was created on purpose, notably by US health authorities, among other theories.

In support of their claims, these publications refer to patents filed in recent years. This is false, they refer to other types of coronaviruses. Furthermore, filing a patent on a virus does not mean that it was created.

This image, shared nearly 200 times since January 25, conveys a link to a 2015 U.S. patent misrepresented as that of the current coronavirus.

But as the Decoders of the World pointed out, it is the patent of another virus, as can easily be found thanks to the patent number. And as you can actually read in the photo posted in the Facebook post, this patent is about another coronavirus, SARS (“SARS-CoV” with its full scientific name), which affected 8,000 people in 30 countries in 2002-2003 and it has caused more than 700 deaths, according to the World Health Organization (WHO).

English publications referencing the 2015 patent are also widely circulating, such as this post published on January 21 stating that the virus was “Created in the laboratory and patented in 2015” by the Centers for Disease Control and Prevention (CDC), the United States federal public health agency.

The publication includes a link to a CDC patent showing the genome sequence of a coronavirus, which also matches that of the 2002-2003 SARS, “just isolated”. The first patent application was filed in April 2003, i.e. after the outbreak began in 2002.

This message suggests that the virus would have been created in order to benefit from it later, through the sale of vaccines.

This patent US7220852B1 relates to “The 2003 SARS-CoV virus genome sequencing, which is 25% different from the Wuhan CoV”, confirmed to AFP Ralph Baric, coronavirus specialist at the American University of North Carolina.

We also find on Twitter in French this idea that the current virus detected in Wuhan was patented before January 2020, as for example here with this link to an American legal site that lists the patents. Like many other posts on social media, this tweet claims that the Bill and Melinda Foundation is linked to this patent and therefore to the virus.

Following the link, in fact, we arrive at a patent concerning a “Coronavirus”, with a patent application filed in 2015 and granted in 2018. This too has nothing to do with the coronavirus detected in Wuhan.

As indicated on this site, it was filed by the Pirbright Institute, a British research institute, which published a press release stating that it is “Aware of false information circulating on social networks” linking it to the current virus. In particular, the Institute conducts “Research on the virus of infectious bronchitis, a coronavirus that infects poultry”, He explains.

The institute adds it “Currently it does not work with human coronaviruses”. Patent 10130701 misrepresented as that of the Wuhan virus concerns the development of “an attenuated form” coronavirus – that of infectious bronchitis – that “could potentially be used for a vaccine against respiratory diseases in birds and other animals.”

“Many vaccines are made this way”, adds the organization.

Also, if the Bill and Melinda Gates Charitable Foundation is one of the patrons of this institution, this work “were not funded by the Foundation”says The Pirbright Institute.

These misleading messages are based in particular on the false idea that there is only one type of coronavirus.

In reality, “Coronaviruses form a family with a large number of viruses that can cause a wide variety of diseases in humans,” as defined by the World Health Organization.

Finally, the genome sequence of the current cononavirus has been published and is publicly available here, on the GenBank open access database, hosted on a site of the American health authorities.

Patenting is not creating

If there are indeed any virus patents that have been detected, that does not mean that they have been created, contrary to what the above publications suggest.

Although the term patent evokes the concept of invention and bears the name of “the inventor” of what a patent is required, it should be noted that the word “inventor” two-way.

Therefore, according to the Larousse, an “inventor” is the “Person who with his ingenuity invents, imagines, creates something original: The inventor of the telephone” but that too “Whoever discovers a treasure, an object, etc.”.

So when it comes to “inventors” about the Lascaux cave, we are talking about the four young people who discovered it in 1940 and not about the prehistoric men who decorated its walls.

On the other hand, patent applications related to viruses are common, often “right declarations of invention”, Vincent Enouf, Deputy Director of the National Reference Center (CNR) for Respiratory Infection Viruses at the Institut Pasteur in Paris, explains to AFP.

“There could be a patent on a technology, on a diagnosis, on many things”, he continues, adding that it is mainly about “to protect his discovery”, the time to publish an article in a scientific journal, for example.

When filing a patent application, “We describe his technique” such as choosing this or that area of ​​the virus genome to conduct tests. 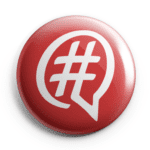 Veridik: we are the news!