If publishing is struggling due to a (worldwide) shortage of paper, we can assure you that this is not the case for authors, cartoonists, illustrators, journalists and other photographers. There is no shortage on the horizon and the novelties of books dedicated to music in all its forms prove it once again this autumn.

Comics or graphic novels, essays or biographies, take an overview of the festivities and the works to come and … Come on the zizique as Boris Vian sang maliciously.

A great little book (at a minimal price) of drawings around the composer Erik Satie. It is in this now famous small series created by an unparalleled publisher – The Association – that these few dozen pages will be available. Extravagant, undisciplined, comical … Like the not-so-classical music of that great gentleman, Erik Satie.

We’ve been waiting for this for a while. To tell the truth, since the incredible Love in vain that the two accomplices had dedicated to Robert Johnson. The erudition of the screenwriter Jean-Michel Dupont and the always damned stylish brushstroke of Mezzo, here is Kiss The Sky the 1st volume (out of two) of a comic dedicated to Jimi Hendrix. Don’t expect to read what you already know about the legendary guitarist, the two authors aren’t the type to break down doors, but rather rummage through the attic and dig out old secrets.

find the book Kiss the sky 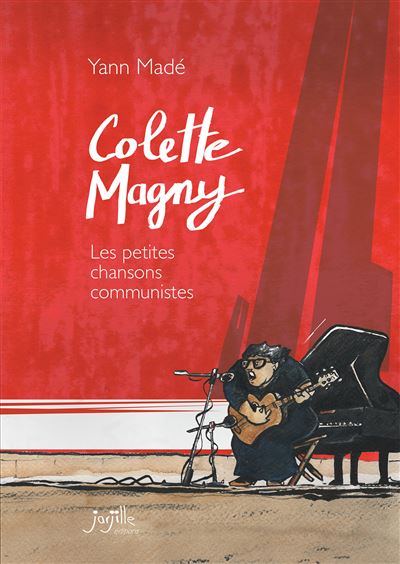 In 2018 we celebrated the anniversary of his death with a magnificent series of reissues of his albums that have become almost unobtainable. Colette Magny was a rare French song personality of the 60s, 70s and 80s. A fervent activist, avant-garde musician, feminist singer, this “big mouth” has been banned from the airwaves. She moved from the record companies and sang out loud on the stakes of various and various strikes. This cute little cartoon from Yann Madé should teach you a little more about this great lady who has always stayed out of the nails of the (show) business.

Journey to the land of the blues from J. Demetre and Marcel Chauvard 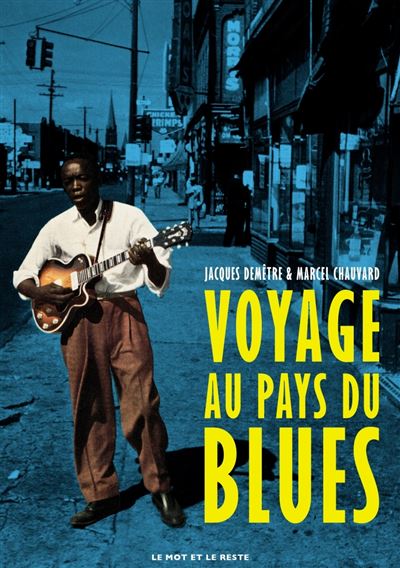 At a time when the internet didn’t exist, the only way to know a little more about the blues from every angle was to go on sitein the heart of emblematic cities where this music was changing with the advent of electricity and the record industry.

At the end of 1959, this is what two French journalists (Jacques Demêtre and Marcel Chauvard) did when they traveled to New York, Chicago and Detroit to document music that was little known to the general European public and remained predominantly communal. The protagonists of these 200 pages would be recognized worldwide in the following decades. Big influence of the blues on Anglo-Saxon rock (and, by extension, produced around the world), you definitely need to get yourself this superb book that tells the story of the supporting photos, this incredible journey Au Pays Du Blues par deux petits of French whites guided only from passion at a time when racism is institutionalized. True pioneering documentary work, we cross the pages in the intimacy of the musicians (JB Lenoir, John Lee Hooker, Champion Jack Dupree, Howlin Wolf, Muddy Waters, BB King, Elmore James….). In this America still far from the apex of the civil rights movement, the two accomplices of the old continent have been at the center of… history.

find the book Journey to the land of the blues 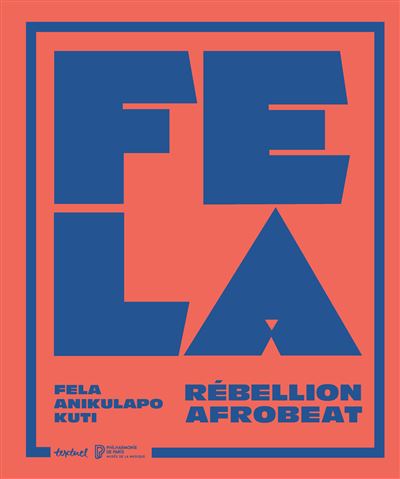 On the occasion of the exhibition dedicated to him in Paris (Philarmonie de Paris), you will find this splendid catalog / beautiful book about the inventor of Afrobeat.

Fela Anikulapo Kuti (1938-1997) is originally from Nigeria and was much more than a musician. A political dissident, denouncing the violence of neo-colonialism and authoritarian regimes, his music, which still today influences a large part of contemporary African production, was a weapon. Photos in abundance, texts and authors, essays, testimonies and complete discography, is the total Fela! You just have to (re) immerse yourself in the fifty albums that the black president it was bequeathed to us. 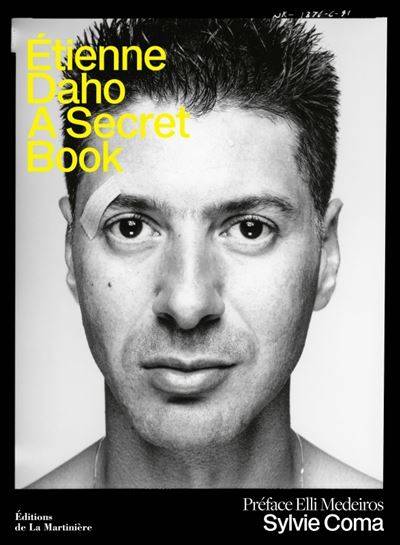 40 years after his first album, here is the pope of French pop who opens his personal archives. A secret book is a splendid collection of photos, texts, notes, scribbles, manuscripts, confidences of the person concerned who remained too long in his (secret?) drawers. Another way to approach the rich career of Etienne Daho, a special character of the French music scene who, since his debut with the band of Elli Medeiros, Jacno and Co (Stinky Toys, Mathematiques Modernes), has been able to combine artistic need and popular success . As in music, nothing is incompatible.

find the book A secret book

Hellfest, the Bible from P. Lageat, V. Girth, B. Brelet 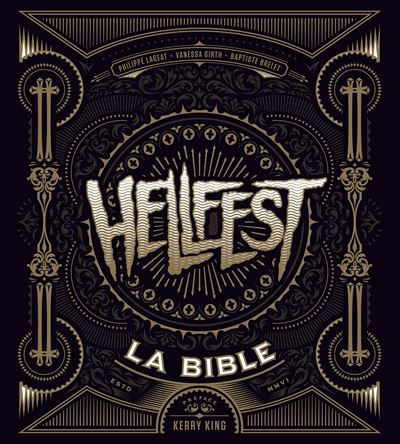 15 years of existence for one of the most popular festivals in Europe and attendance numbers to create the “union of united programmers” that does not yet exist (but which should, given the inconsistency of certain summer posters).

The long, broad and transversal story of an adventure that was not won at the beginning and on which not many people did not bet.(the world of the music industry I mean). This good shot was therefore worth a nice big pebble as “heavy” as a Metallica refrain. Also, in the land of the antichrist riff, we don’t call it a pebble, but rather “a bible”… Metalheads have always been great comedians.

find the book Hellfest, the Bible 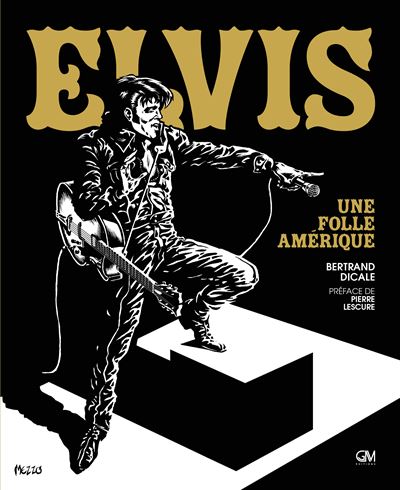 Given the avalanche of writing about Elvis Presley for decades, how to tell Elvis otherwiseon the border with his life, his “work”, his escapades, his peaks and other falls.

Bertrand Dicale offers in this beautiful book illustrated by Mezzo (again him), a new perspective. It is by combining a sociological and historical approach and points of view that the author attempts to answer Elvis’s riddle. Southern endemic racism, Hollywood economics, medical cynicism, religion … Another way to always see and learn a little more about this world rock’n’roll icon, but also about this crazy America as I noticed the subtitle .

Give up by BONO 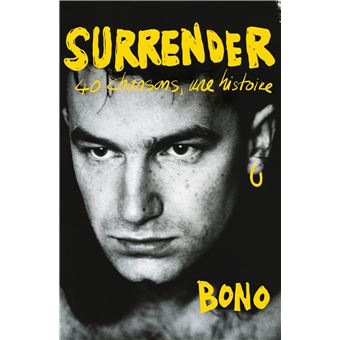 If today there is an incalculable number of publications around the famous Irish group U2, the intimate words of the singer Bono are rarer, except of course in the emblematic songs of the Dublin quartet which has now become a worldwide phenomenon. Give up is the story of Bono di Bono. With this humor specific to the Irish people and an open-hearted writing about his commitment, struggles, doubts and other challenges he has had to overcome, immerse yourself in theThe incredible journey of a little boy from north Dublin who has since become a world rock icon.

find the book Give up

In the studio with Bashung by Christophe Conte 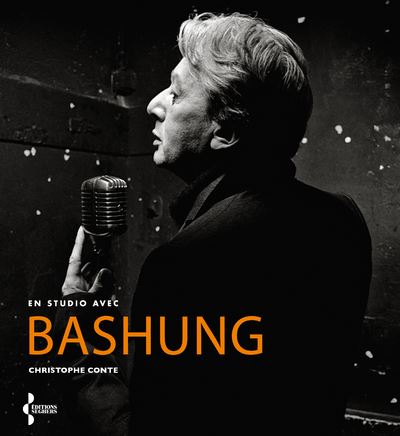 It has already been ten years since Alain Bashung left us, 4 decades that resonate with the brilliant blow that put him into orbit (Gaby Oh Gaby in the Roulette Russe album) and that not many people on the French scene seem able to forget it. The rappers touched by his poetic flow towards evident heirs a little more rock who, without shouting it loud and clear, carry high the signed will of Mr. Bashung (Bertrand Belin, Raphael, Nicolas Michaux …), this bold rock and sexy pen to the at the same time. In the studio with Bashung there is the work of the journalist Christophe Conte who has followed his entire career. Another way to approach the complex and popular work of a rock hero in French in the text.

find the book In the studio with Bashung

Neil Young, seven decades at the top of rock by Alain Gardinier 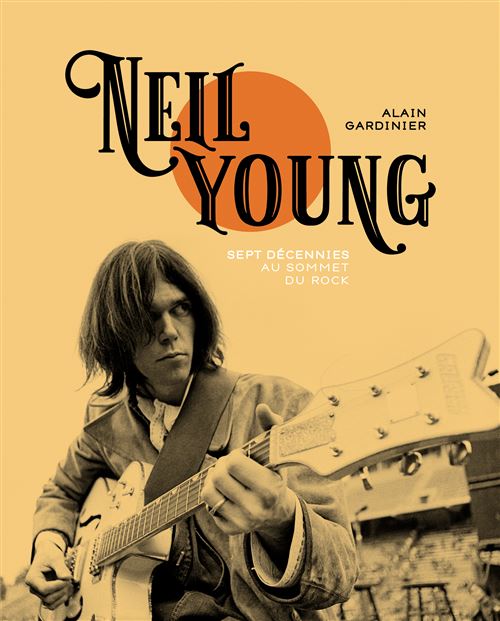 In 2022 we will celebrate 50 years of Collected, Neil Young’s seminal album. It is perhaps the pretext that Alain Gardinier’s rock pen used to create this very complete and richly illustrated biography.

Interviews with the interested party or his or her close circle, unpublished photos, anecdotes that have long remained secret, detailed discography, a bonus 45 rpm vinyl, whether you have been a fan from the start or if your young age made you discover this high – lively character, color of Anglo-Saxon rock and folk, you will learn a lot by reading these 250 pages.

At the forefront of environmental struggles, worthy representative of a folk-rock that smoothly stands the test of time, at 76, this now legendary singer-songwriter nicknamed The loner never aged. Neil Young, a predestined name.

find the book Neil Young, seven decades at the top of rock