It is a wide-eyed book that reminds us that we can only understand a place if we are interested in who lives there. With The dispossessed, Christophe Guilluy gives a new echo to the idea of ​​“peripheral France” by focusing on the gentrification of the metropolises and, on the other hand, of the territories of the “ordinary majority”. This two-speed geography, auscultates it in a precise and sensitive way, without sparing anyone. Neither the “elites” nor the so-called bourgeoisie

You have been working on “French fractures” since 2010. Are these fractures the same today?

My first article on peripheral France is exactly twenty years old and we can say that we are still on the same territorial and economic model. Things crystallized, indeed accentuated. If we consider the price of real estate, which shows us, in large quotes, the territories that matter and those that do not, the gap is clearly accelerated. The invisible hand of the market has taken on the task of sorting out a gigantic amount.

This is precisely the observation that you draw up in the first pages of Dispossessed with the example of the gentrification of the Atlantic coast and, mechanically, of the distancing of an entire fringe of the population. The idea of ​​dispossession is political, social, cultural but it is also dispossession of places.

Like the gentrification process of large cities, marked by a form of violence and invisibility, the coast is also the site of a gigantic social, anthropological and cultural change. The modest youth of the coast cannot live where they were born. They will not be able to buy. This is done as in the metropolis, without anyone being offended.

From a political point of view, how can we explain that the left won several big cities but lost the popular classes?
With the victory in Paris in 2001, the left lost the popular categories and was essentially the slow continuation of a process that began with the liberal turn of the left in 1983. The left is focusing on these territories. In the end we have a left that speaks only to an electorate and locks itself up in the new citadels of the twenty-first century that are the metropolises. 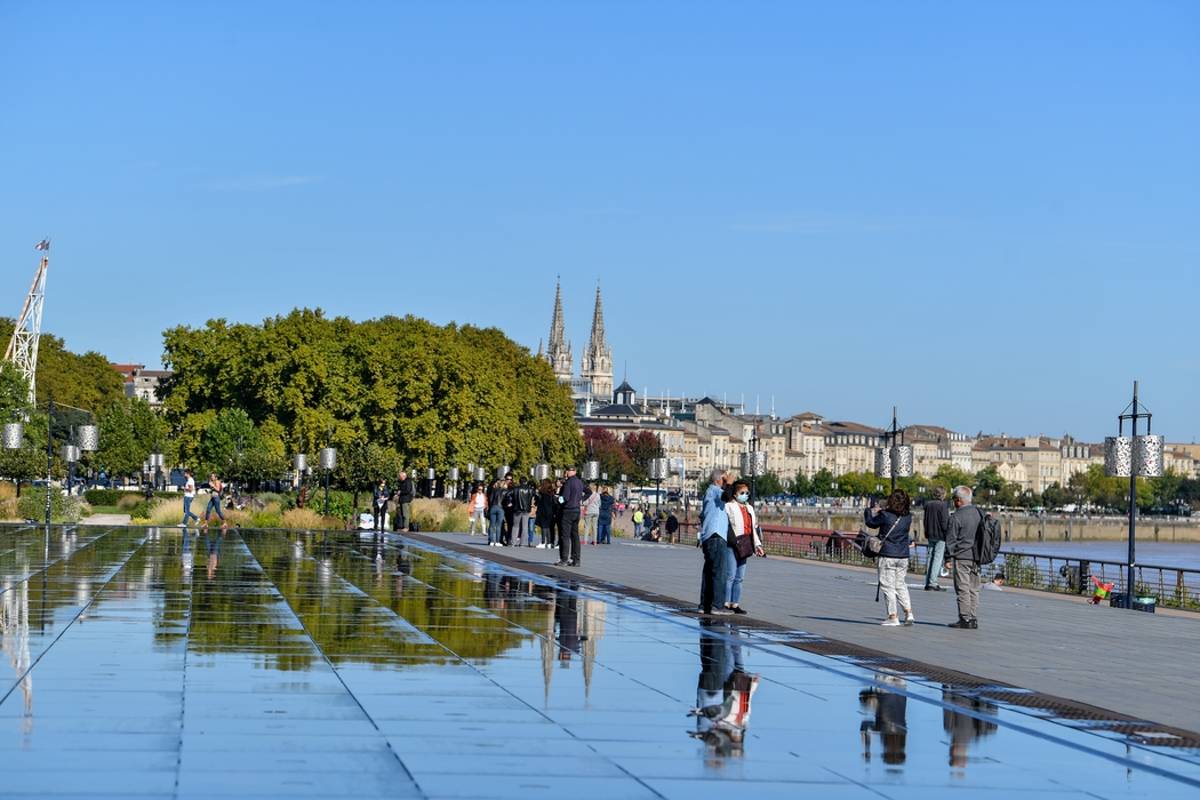 For Christophe Guilluy, Bordeaux illustrates the change taking place in large cities and on the coasts. In the most popular neighborhoods, the real estate market took off, mechanically pushing a large part of the population towards rural Gironde. Photo Stephane Lefevre

Instead, indicate “the hard discount of the political offer” in the suburbs of the metropolis.
We can make the analogy with the Parisian department stores, historically open to the working classes. But their offer has gradually gentrified, hand in hand with the gentrification of cities. This also applies to the electoral bid of the major parties that have focused on the voting electorate. For the others, for the dispossessed, yes, the hard discount of the political offer remains. But take the workers’ electorate: they spontaneously do not vote for RN, they abstain.

In hollow, in your essay, guess a critique of the almost managerial communicative discourse that politely dresses expropriation?

Yes, for many there is an unacknowledged class contempt because the cool bourgeoisie is by definition inclusive. The speech is very important: it permeates the elites, the journalistic world, the world of culture and the entire technostructure. I think of the anamorphic maps of France by train where only the TGV distances between cities are shown. By dint of deforming the territory, in the end 35% of the stations disappear. This makes sense since you are working on maps where there are no more gaps. After all, between Paris and Lyon, there is nothing. A narrative, media, political, academic fog has established itself but there is a contradiction between a world totally closed in on itself and its communicative emphasis that constantly promotes its opening. Only there is a small problem: this process sets aside the ordinary majority. I quote this question of the dispossessed to put a word on this resentment of the majority.

“The model is reaching its limits”

However, the situation is not irreversible, you say. How should the “return to the center of the ordinary majority” take place?

In view of the social and ecological crises of the moment, if there are territories that can respond to a model of sustainable development, these are the territories of peripheral France. The metropolitan model is reaching its limits. In the Paris region, 80% of senior executives want to leave. I am convinced that a model only works if it is attractive and that it cannot last if it arouses repulsion, which is happening. It is fascinating to see the elites say that the majority does not exist, that there are only segments and panels, but no commons. But the ordinary majority has a common. If we want to make a soft landing, yes, we need to put it back at the center of the political debate.

prize “Well, Le Pen’s vote is preventive”: how the RN took root in the Loiret countryside

There is a lot of talk about the return to green post-Covid and a rebalancing towards medium-sized cities. Is it an intellectual construction or a geographical reality?

It is a vision of the mind. Yes, there has been a slight easing in the midsize cities closest to Paris. But we remain globally in the same logic of hyperconcentration. The number of families who have left the city to go to rural areas remains very low. The health crisis has caused the market for second homes to accelerate, hence the surge in prices on the coasts. But it is basically an additional layer in the process of expropriation of the premises.