The formation of this NASA study group comes after several UFO-themed sequences, notably including in 2020 declassified videos from US Navy archives and the US Department of Defense’s establishment of the UAPTF group (Task Force on Unidentified Aerial Phenomena) then in July 2022 the creation of the AARO (Office for the resolution of anomalies in all domains): the anomaly resolution office for all areas, dependent on the Ministry of Defence.

The group set up by NASA has the mission of studying data and techniques useful for analyzing the strange phenomena observed for nine months. It will also review associated aviation risks and make recommendations for follow-up.

This work is of particular interest to the GEIPAN (Group for the study and information on unidentified aerospace phenomena), a service of the National Center for Space Studies (CNES), which has been investigating UAPs on French territory for 45 years. GEIPAN was invited to present its activities and working methods to the independent NAP working group led by NASA.

Created in 1977 by CNES, GEIPAN is made up of a team of four people, responsible for collecting testimonials, surveys, publishing studies, information technology and guiding the structure. It is a technical service of the CNES that operates with external personnel, skills and structures: around twenty investigators and around twenty experts, all external to the CNES, as well as numerous institutional partners (Air Force, National Gendarmerie, State Police, CNRS , Météo-France , Civil aviation).

The existence of this “UFO office” has also been made popular in recent years, with the Canal+ UFOs series, which, although fictional, showed some real equipment used by GEIPAN to investigate, such as the SimOvni, useful for reconstructing sightings described by witnesses.

Series screen UFO(s) where we see the reconstruction of the SimOvni device. Channel+

What is a NAP today?

An unidentified aerospace phenomenon (UAP) is a strange, usually bright event observed in the sky by witnesses that appears unexplained.

In over 60% of cases, UAPs have simple explanations: they are Asian lanterns, balloons or hot air balloons, aircraft, satellites, meteorites, stars, planets, etc. This may seem simple, even trivial as an explanation, but it is important to underline that every observation made always presents an oddity, a singularity, a spectacular or unusual aspect that prompted the witness to make a report. GEIPAN thus receives 700 reports a year for which 150 to 200 investigations are opened. Anyone can access the testimonial questionnaire on the website.

The observing environment and setup can contribute to the strange: for example, low light, the absence of noise, turbulence in the atmosphere causing a star to shine, or the reflection of the sun off an airplane.

The observation can sometimes be spectacular, such as the re-entry of meteorites into the atmosphere. Another atypical example: the launch of the Starlink satellite constellation into orbit gives rise to numerous reports of lines of very bright points and a luminous sphere. The dot streak is the streak of 50-60 satellites when they were put into orbit. They are observed at dusk or dawn, when the sky is dark and the sun reflects off the satellites. For the luminous sphere, it is the second stage of the Falcon 9 rocket that puts the satellites into orbit. Propulsion for a second or two creates a bubble of gas which, illuminated by a setting or rising sun, reveals a glowing orb in the night. The shiny point, sometimes in the shape of a butterfly, accompanies this sphere. This is the passivation of the second stage of the rocket. The latter is emptied of its oxygen and kerosene before its re-entry into the atmosphere. 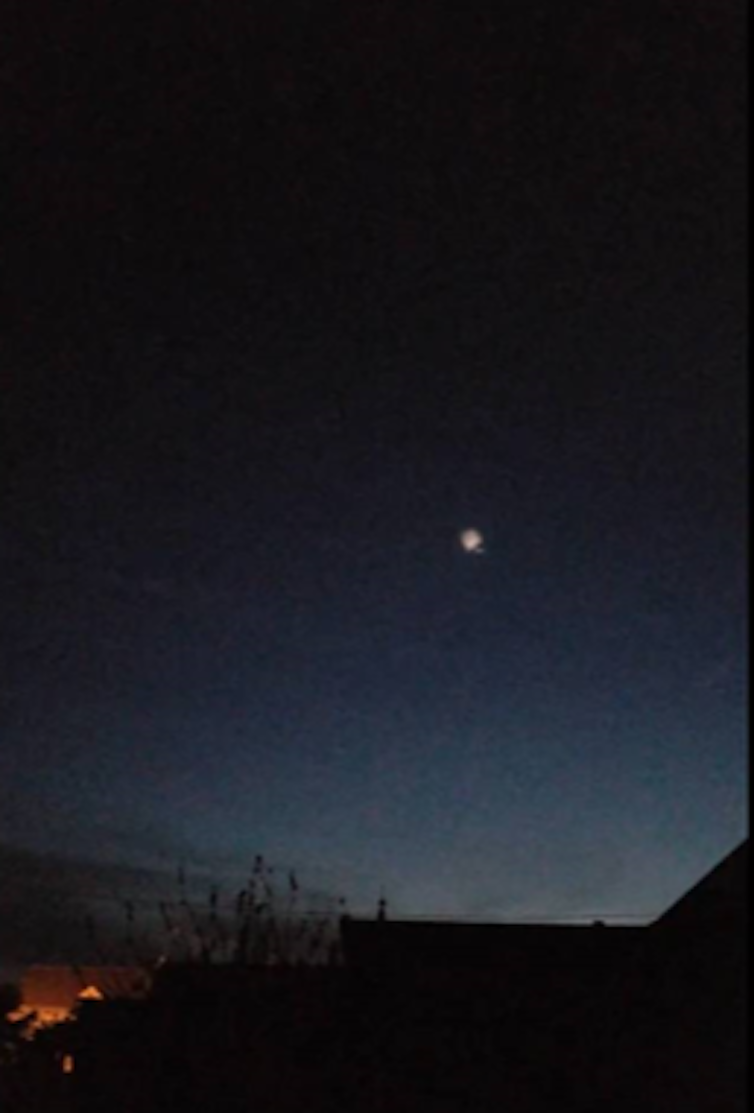 Observation can also be misunderstood: an amateur astronomer observing a bright flash in the sky with high-quality images, for example. Consumer astronomy applications do not have enough data to find the explanation: in this case, only the internal reports of CNES, the space surveillance service, will show the presence of a rocket on the floor, on which the sun’s rays are reflected.

Furthermore, observing a lantern going out can well be perceived as an object fleeing at extreme speed!

To explain the strange or misunderstood observations that are reported to us, we have many tools and applications in a wide variety of fields: aeronautics, aerospace (satellites and debris), astronomy (stars and meteorites), meteorology, image processing, etc.

The observed phenomena are explained in about two-thirds of the cases. But it happens that we have too little information to analyze the testimony and produce an explanation: this concerns about a third of the cases that are reported to us.

For about 3% of the cases, the “D cases”, we have enough information, but we have not found an explanation. All the hypotheses that have been formulated and analyzed are unsatisfactory.

The objectives of the GEIPAN are therefore clear: to provide or seek to provide a rational response to misunderstood, unusual, sometimes spectacular observations and to explain the strangeness perceived by a witness.

For this reason, our activity involves three main phases: the collection of testimonies, the carrying out of technical studies and the publication of analysis reports on the GEIPAN website, preserving the anonymity of the witnesses.

The mission begins with the collection of a testimony. This is a questionnaire filled out on our website or a police report. This data is always very specific. It can be based on photos or videos, but is always formulated by a human. As with a scientific measurement, this data contains “measurement noise”, which varies greatly depending on the person reporting the event to us. Sometimes it is very good, but interpretations or even distortions related to the presence of emotions, memories or beliefs may appear. Our first task therefore consists in filtering out this noise, in trying to extract and use only the facts.

Subsequently, the study of the testimony improves the consistency (quality and quantity of information) of the observation and reduces its strangeness. For this we use the GEIPAN computer database and a multitude of applications and technical software. These are tools for the general public, but also invaluable expertise carried out by our partners, in particular the Air Force (restitution of aircraft trajectories from radar measurements), MétéoFrance (precise meteorological conditions) and internally CNES (very precise traces of satellites and debris).

Sometimes we are called upon to carry out a field investigation. This allows to analyze more precisely the configuration of the observation and to carry out a cognitive interview of the witness. The goal of this interview is to delve into the testimony and bring out as much reliable information as possible without disturbing or polluting the testimony. It is a real know-how of GEIPAN established and taught by our expert psychologist. For our most difficult cases, our multidisciplinary expert committee meets to take the study forward and then collectively decide on the conclusion to be drawn.

This article is republished from The Conversation under a Creative Commons license. Read the original article.

Vincent CostesHead of GEIPAN Department, Gilles MunschResearcher and expert with GEIPAN e Jacques Arnoldresponsible for ethics at CNES, take stock of the latest case studies, new methods of investigation, as well as the recent creation by NASA of a study group dedicated to this topic.