About ten tables, volunteers from the health professions, ordinary citizens or elected representatives of the arrondissement of Le Havre (up to Fécamp and Lillebonne/Bolbec) had forty minutes available for the three topics organized by the regional health agency within the of the National Refoundation Council. Return of the workshops on December 8 at the regional level and on the 15th in France.

Video: The goals of the health workshop and the wishes of the speakers

How to better prevent

“Everything is played at school, we need to invest in school health care
“says one of the speakers on prevention in everyday life. During the discussions, Jean-Luc Dumesnil, general practitioner in Le Havre, president of Amuh (Medical Association for Emergencies in Le Havre), and deputy director of Samu in Le Havre, states that ”
we don’t have time to do prevention
»

Among the other ideas of the synthesis: training professionals and also teachers, creating a new subject in school curricula, freeing up school time… There is also a question of ”
strengthen communication and campaigns in pharmacies and waiting rooms. Or to fight addiction to screens and overload with harmful products, develop physical activity without competition…
»

Read also
In Normandy, workshops to reflect on the health system

How to overcome medical deserts

For the theme of better access to a general practitioner, Thierry Delastre, general practitioner in Gravenchon and one of the speakers of the Le Havre synthesis, evokes ”
settlement quotas for all health workers, a settlement ceiling according to the agreement, a distribution of doctors in parallel with the demographics of the sector, that elected officials position themselves according to the needs of the territory…
» Still on the subject of medical demography, it is suggested that «
increase places in the 2nd year of medicine. We would like to appeal to young retirees and balance mixed wage and liberal business and develop medical centres.
»

Thierry Delastre spoke at the time of the work around the table of ”
territorial health projects supported by public funds.
“To unlock emergencies”,
many offer consultations with general practitioners in the hospital, at staggered times, and to perpetuate the service of access to treatment. In Le Havre it is already a priority.
“To free up medical time, it would be necessary”
reduce administrative tasks and increase specially trained medical assistants.
»

How to make yourself want to heal

For this theme relating to the local attractiveness levers for the health professions, the health professionals present often have hard teeth. ”
Settling down in a medical desert is like saving those who can!
asks a young doctor. A nurse whispers:
At 40 you are exhausted.
“Among the proposals put forward:”
assistance with employment and family accommodation, encouraging vocations from middle school, improving the reception of trainees although this is very true in Le Havre.
Or even improve the reception of young professionals through accommodation.
On the communication side, the rapporteur of the round tables mentions ”
enhancement of the image of the territory with targeted communication at the end of the internship.
» 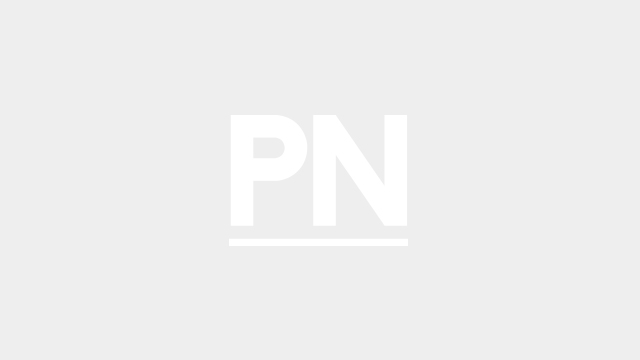 Great disparity on the territory: between 9% and 19.5% of the population do not have a general practitioner.

Excess mortality from alcohol-related diseases it is 44% among women compared to the national average and 43% among men.

Excess mortality from tobacco-related diseases it is 13% for men and 7% for women.

It came in surprise mode, when the workshops returned at the end of the evening, around 20:30. The delegate minister of Le Havre in charge of the territorial organization and the health professions Agnès Firmin Le Bodo concluded the long five hours by stating that ”
most of the issues discussed are those that the government is working on. I remember that we must work together in a coordinated way. In any case, the government has not maintained the coercion option for doctors.
»

Stéphanie Barbier, midwife in Le Havre
: “It is important to meet in order to be able to coordinate. We hope that the proposals don’t end up at the bottom of a drawer. We must value the health professions that are poorly paid. Improving health requires prevention, but nobody cares. So you have to tell people about it in a positive way. »

Patrick Louis, director of the Océane clinic: “We won’t revolutionize everything, but if we already keep 10% of the proposals, that’s fine. The important thing is prevention and this requires even higher taxation of sugary products, alcohol and tobacco. »

Bernard Rey, retired from Le Havre: “I got the information from my general practitioner and it makes you think of the debates after the Yellow Vests. There is not much innovative and not many brakes in the company. »

Le Havre. Boogie-woogie on board the tram, Saturday 19 November 2022